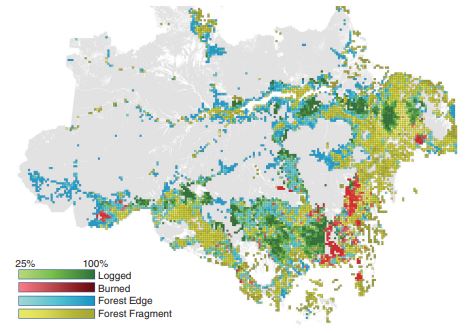 Figure 1. The total area that has been affected by human actions, such as deforestation, burning, and degradation over the years 1992 to 2014. Source: Matricardi et al. (2020).

We have already noted that the Amazon is under great pressure from deforestation and fires. But how does this impact the environment? According to Werth and Avissar (2002), the climate in the Amazon responds strongly to deforestation. Thus, the greater the deforestation, the shorter the rainy season, and the region will experience greater periods of heat and dry climate.

Also, Oliveira et al. (2013) showed that the expansion of agriculture in the Amazon may not be beneficial for the farmers themselves. Changes in the region's climate can decrease agricultural productivity by 30%. According to the same author, deforestation in an area of ​​the Amazon rainforest to be replaced by a set of agriculture and pasture is also not viable, with reductions in productivity.

Other problems also occur with deforestation, such as habitat reduction, and in burning, the mass death of animals occurs; in addition to the transport of ashes by the wind to other regions, which can cause respiratory damage and even dark-colored rains. Report deforestation or illegal fires on the Green Line of the Brazilian Environment Institute (IBAMA | +55 0800-61-8080).