Mangroves are forests of specific vegetation capable of resisting the marine flow and the salinity of the ocean water. It's an environment that has great importance in maintaining the coastal zone and socioeconomic for the traditional community. 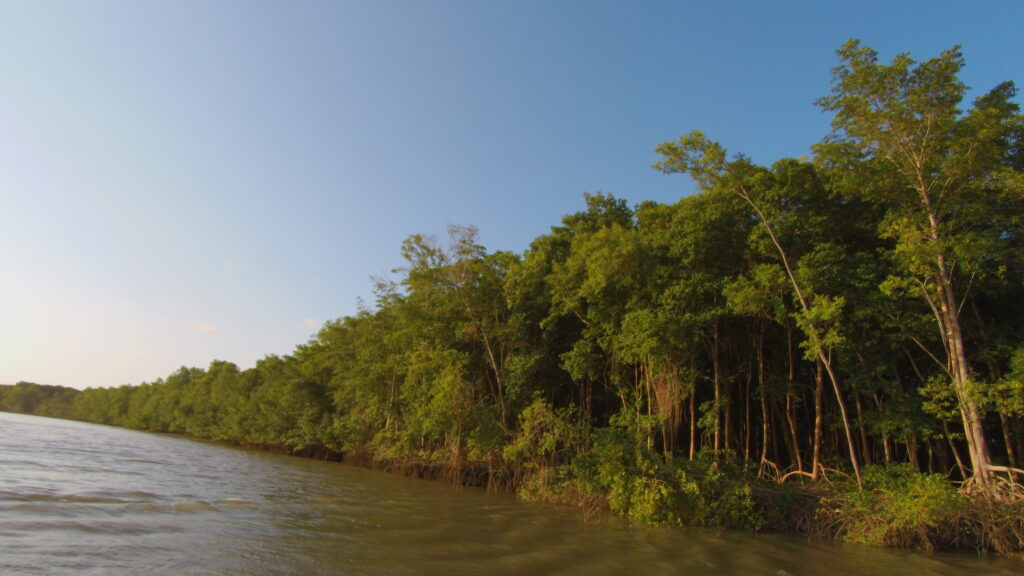 Mangroves are important for protecting the coast and estuaries banks against the erosive action of waves and tides. They also provide plant and animal resources for the human population. They are considered natural nurseries for several species of animals and are capable of trapping chemicals that could be harmful to the environment.

Due to the great value of these environments, we leave the question here: are the mangroves in the Amazon well maintained? 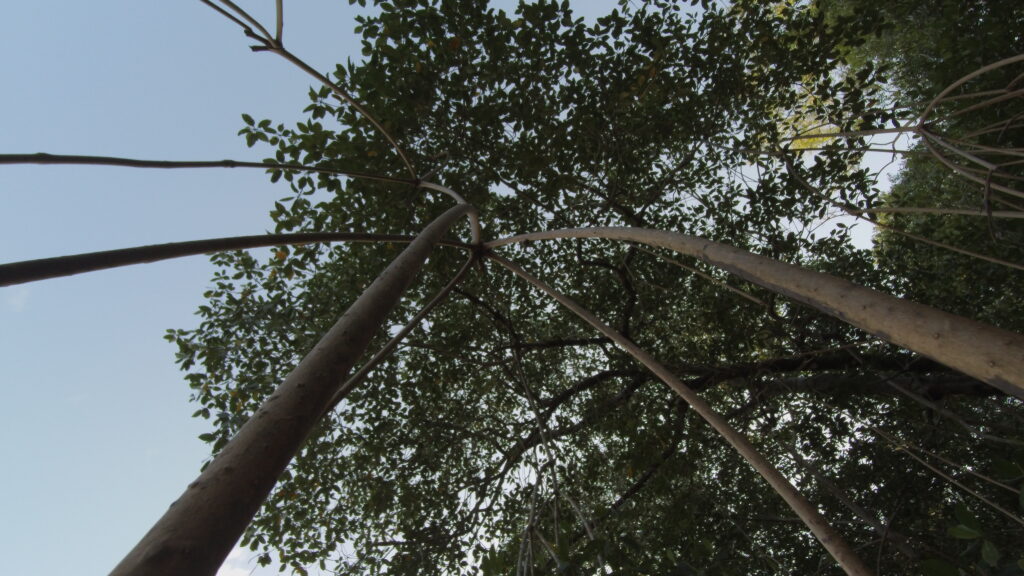 Image seen from below of the mangrove roots on the bank of the Mojuim River estuary, Pará, Brazil. Source: Amazon Coastal Observatory.

Over the years, it is possible to observe a worldwide pattern of mangrove area loss, mainly linked to the growth and development of the human population in coastal areas. It is estimated that about 10% of the world population lives in these regions (McGranahan et al., 2007).

Valiela et al. (2001) made a global compilation of mangrove areas between the years 1980 to 1997. The authors observed that during this period there was a reduction of approximately 35% of the original area of the mangrove forest in the world. Also, it is estimated that 2% of mangroves are lost each year.

In Brazil, mangroves are considered as Permanent Protection Areas (PPAs), legally protected by the Forest Code(Law 12.651/2012)However, from 1980 to 2005, Brazil lost 50,000 ha of mangrove forest, mainly in the south of the country (FAO, 2007). Thus, Hayashi et al. (2019) decided to analyze the anthropic impacts on mangroves on the Brazilian Amazon coast, presenting evidence of the effects of human actions on land use in mangroves.

Hayashi et al. (2019) showed that mangroves in the Amazon suffer from low exploitation levels. Human intervention in Amazonian mangroves is driven by the road network (transport by land), in particular paved roads. According to the author, the absence of an adequate road network allowed the levels of human action to be low in the mangroves, due to the existence of uninhabited and unexplored regions in the Amazon.

Thus, the great extent and the absence of massive human habitation on the coast allow the mangroves of the Amazon to present low degradation levels. In future installations and expansions of the road network, which occur close to the mangrove forest, studies of impacts in these environments will be necessary, aiming at the monitoring of installations that are built with the minimum degradation of these forests on the Amazon Coast.